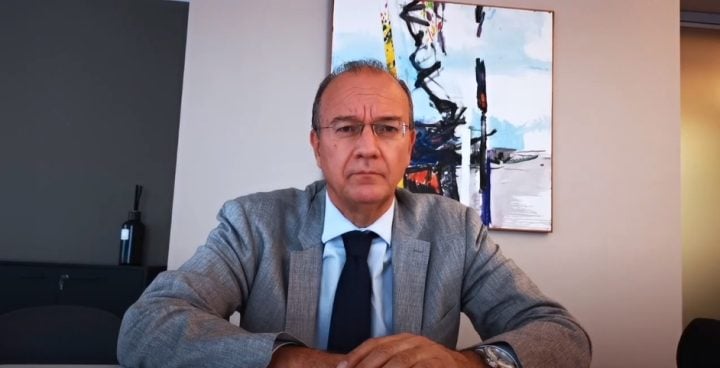 A fruitful meeting between the Minister of Education and Merit Giuseppe Valditara and the President of the UPI Michele de Pascale took place today at the headquarters of the Ministry.

The Minister acknowledged the requests of the Provinces, announcing the forthcoming issuing of provisions that will give positive responses, starting with the postponement of the deadline for awarding works for projects related to the PNRR for securing high schools, which from 31 December 2022 will pass to 15 September 2023. The Minister then announced a regulatory proposal to use the auction rebates of existing projects, a request made some time ago by UPI, also to deal with increases in the cost of materials.

“I am very satisfied with the constructive dialogue with President de Pascale and with the Italian Provinces, another fundamental element of that Great Alliance for Schools and for Merit that we also want to build with institutional players. Upper secondary schools are central – declares Minister Valditara – they will have to become more and more the hubs of the community and of the sociality of the territories. This is why I believe that the Friendly School we want to build must also be an Intelligent School, a school that makes the stay of the boy pleasant and stimulates his intelligence, through redeveloped construction, attention to the environments used for both teaching and sharing with others, a place capable of accompanying the growth of students on a daily basis”.

“We have an ambitious plan in mind for upper secondary schools – continues the Minister – for this reason we are very favorably evaluating the request made by UPI to finance all the projects for the construction and safety of high school gymnasiums – 134 projects for a funding of at least 200 million – which have been submitted to the admitted PNRR tenders but not funded”.

“After this first and already productive interlocution with Anci, with the Regions, with UPI, I intend to set up a common Working Table, which is for permanent discussion and immediate operation to address the shared strategic priorities. In this spirit of dialogue and mutual updating, the Technical Secretariat of the Ministry will be identified as the immediate referent of institutional relations, to allow the works to be as expeditious as possible and to concentrate on achieving results” concludes the Minister.

The President of UPI Michele de Pascale was very satisfied with the meeting: “The high school – he said – has been very affected by the lack of resources in recent years. This collaborative approach by the Minister brings the needs of the more than 2.5 million high school students who ask us for answers and who demand commitment, back to the center of the country’s priorities. The financing of the gymnasium plan that we proposed to the Minister would be an important turning point, because it would make it possible to create innovative, welcoming sports centers at the service of the whole community. Just as the positive responses that have been given to our requests are essential with respect to the many challenges that are emerging in the implementation of the PNRR projects”.

PNRR, Minister Valditara meets the Provinces: “We have an ambitious plan in mind for high schools” – Orizzonte Scuola Notizie