Skip to content
Tweet
Share
Share
Pin
The Félix Houphouët-Boigny University of Abidjan-Cocody is the scene, on September 22 and 23, 2022, of a training workshop for trainers and the official establishment of 10 traditional games clubs in schools, in reasons of 5 public colleges and high schools, and 5 others from the private sector. With, as far as the trainers are concerned, 2 teachers and/or educators per establishment, as well as 2 students at the end of the Master’s cycle in leisure management from the National Institute of Youth and Sports (Injs). 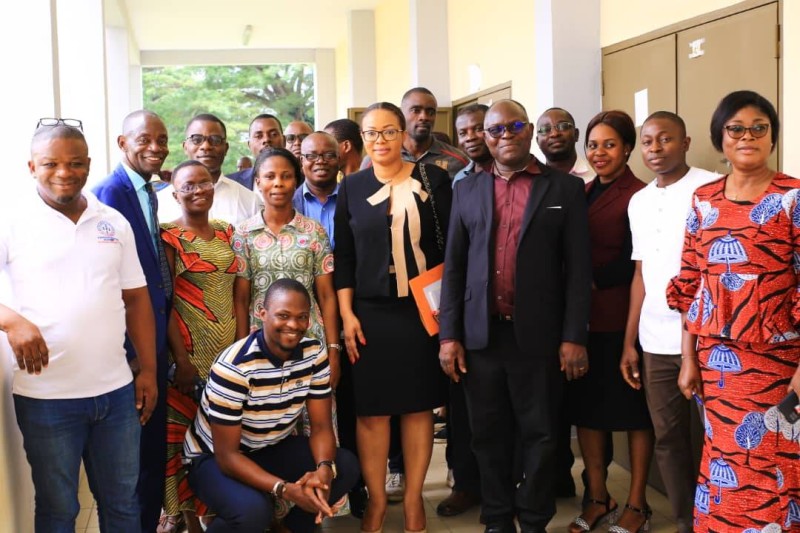 Representing the Minister of Tourism, Siandou Fofana, at this activity of the Department of Training, Development and Promotion of Traditional Games, Ms. Isabelle Anoh, Director General of Leisure, reaffirmed that “Traditional games are fun activities which mark a specific era and/or region. They represent a very rich heritage, as they facilitate reflection, education, sociability for everyone, the discovery of a culture, a way of being of a people at some point in its history”, paraphrasing the anthropologist Meirieu.

As for Professor Emmanuel Gala Bi Tizié, its Director in charge of Traditional Games and project manager of this activity, he indicated that “If these games have long served as a basis for the development of African communities of yesterday, it is clear their disappearance nowadays. Because with the propaganda of those coming from elsewhere (more practical and/or sophisticated like the electronic consoles which occupy the children all day long), traditional games have lost their luster”. Hence the imperative need to preserve them and give them a bath of youth.

So that in this universal rendezvous of giving and receiving implied by globalization, exogenous leisure does not transform or even deform and destroy our adolescents, and therefore essentially our pupils, leaving them without reference points, and most often devote themselves to self-destructive and anti-social behavior.

The establishment of traditional Games Clubs in educational establishments, the aim of which was given last May, is to put an end to this process of acculturation of present and future generations.

Especially since, according to the Director General of Leisure, on behalf of Minister Siandou Fofana, argues that it is up to the public authorities to truly tackle the said problem. Hence the instructions to its Directorate General through its division in charge of Traditional Games, since the year 2017, to conduct a socio-anthropological study on traditional games in different regions of the country. Halfway through, this study made it possible to collect a set of endogenous games.

In order to perpetuate these cultural practices and to contribute in a notable way to the socialization of the current generations, the introduction of traditional games in the extra-curricular, presents itself, in all respects, as a necessity.

Indeed, according to Dr Roland Bini, one of the trainers, expert of the said Department and at the heart of this study, by the practice of activities (specific to our regions) which include rules, the pupils develop their capacities of adaptation and cooperation. They understand and accept the interest and the constraints of collective situations. Consequently, the creation of traditional games clubs within schools is an excellent means of transmitting cultural values ​​to them, with a view to their social integration. These are real spaces for education, even learning through entertainment.

In short, for endogenous leisure to gain importance in the lifestyles of children, students and young people and at the same time become a relevant indicator of development, it must be promoted at school.

This is why in 2021, two pilot clubs for traditional games were set up in the following secondary establishments: the Onyx Excellence School Group in Yopougon and the Lycée Moderne in Bingerville. After the official launch at the Social Courts of Abobo.

All with the support of the Ministry of National Education and Literacy.

It is important to note that the 10 secondary schools are scattered in the communes of Abobo, Bingerville, Port Bouët and Yopougon.

To return to the Workshop for the training of trainers, it must be pointed out that these are educators, secondary school teachers, agents of the General Directorate of Leisure and students of the Injs, Leisure option. The guardianship competition consisting in providing financial and technical support to traditional gaming clubs.

On the axiological and utilitarian levels, it is these modules that are the subject of items for trainers: “School support through games; Create and animate a games club; Presentation and demonstration of traditional games; Traditional games of the school year 22-23”.

As for the typology of the games, they are essentially as follows. Games of skill (Assoa de Adzopé), of strategy (kpêh or Awalé bété Gagnoa), of logic (guiot, Adzopé), of chance (kpêkpê or parity games Gagnoa)… Temporarily coming from ethnic areas and cultural sites of Gagnoa, Adzopé and Bondoukou (Fohr). Which were the areas of the aforementioned socio-anthropological study.