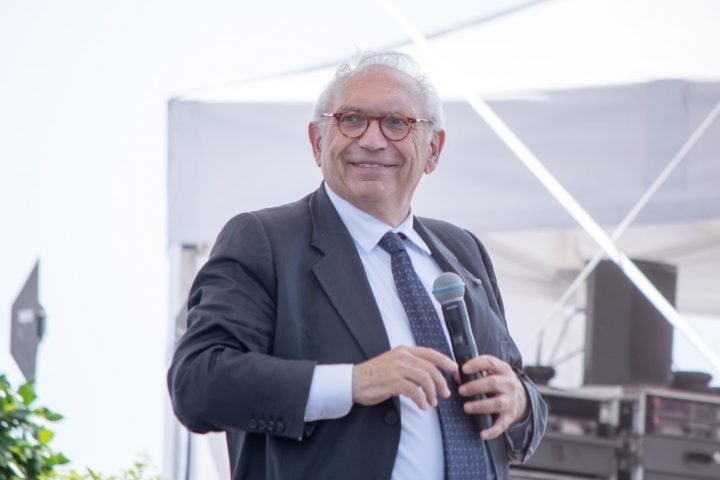 With the vote of 25 September, the Draghi Government is closed and the mandate of Patrizio Bianchi at the helm of the Ministry of Education ends definitively, after the current affairs phase, except for sensational twists.

The university professor from Ferrara, during his commitment at Viale Trastevere, was the protagonist of reforms, circulars and decrees that led him to intervene on some issues, leaving their mark with phrases that in some way left their mark.

Let’s start from the end, from the words spoken a few days ago on the occasion of the inauguration of the new school year: “The school must be open because a closed school does not exist, a closed school teaches that the world is made up of barriers and therefore it is not a school – observed the minister – it must be inclusive because this is what our Constitution wants, we wanted it that way, inclusive means everyone and when we say everyone it means no less. And then she must be affectionate“.

“The demographic issue must be at the center of attention. Because I don’t want us to build chicken coops and then we don’t have chicks“Bianchi said about the demographic decline.

Bianchi, just as everyone was pointing their finger at the expert teacherthe figure introduced by the bus aid decree (which became permanently incentivized after passing through Parliament), had defended the novelty: “These teachers are given the qualification of “expert” and will be an added value for their entire school community, supporting it in improving the overall training offer“.

Then on the digital side, the Minister has repeatedly stressed the positive aspects: “We have demonized Dad a lot. If we hadn’t used it, the kids would have been completely abandoned, as has happened in many European countries. We have made a leap in technology that today we must take advantage of, taking advantage of everything we have learned to mend the country also with the ability to use all the tools we have at our disposal. For our part, we are making an extraordinary effort by investing heavily to train 650,000 teachers in the use of digital technology, not only for IT teachers, but also for those of Latin and Greek ”.

And it is on the ftraining of teachers on digital that Bianchi has captured the attention: that “retrain them” that triggered a wave of controversy: “In Italy, in 4-5 years, we have to retrain 650 thousand teachers to meet teaching suitable for the digital future and the global interconnection that has now been envisaged”Said the Minister.

The technology is also present in another statement by the former councilor of the Emilia Romagna Region, which encouraged the debate: “Our schools are already very full of touch screen whiteboards and teachers capable of using these tools. With this intervention we generalize these actions to ensure that the whole system is equipped with these tools“.

Bianchi can boast of having put his name on the last one recruitment reform, set up with funds from the PNRR, which saw the light with the publication of law 76/2022. On the subject it was clear, at the request for facilitated routes for precarious workers: “No amnesties because it would be offensive to people, yes within an overall framework on recruitment that allows those who already have an experience to be able to express it and also have a space reserved for them “.

But in this backward journey immersed within the fundamental stages of the mandate of Patrizio Bianchiyou could not skip a request about music at school: “I would like to fix an hour in a day and the schools would start singing the Italian anthem, perhaps on the first day of school. You make me happy if this happens ”.

There was no lack of “polemical” comments from the Minister: “Ours is an incredible country: I am going around all over Italy and I find schools that have wonderful experiences, but we have not yet been able to make it become the image of the Italian school. I keep finding newspapers that talk about other things, that whenever there is something wrong it becomes ‘the school blocked’. I don’t see a blocked school, but I see a school capable of moving. And I see it all over the country“.

But undoubtedly, Patrizio Bianchi’s most usual figure was that of passionate school tale: “The school with the corridor and closed doors, where a fly does not fly, is not my schoolto”. “My school – he continues – is the one where children think together, use their hands and especially use time to share projects. September must be an opportunity to make projects of common life ”.

From teachers to “retrain” to the Italian anthem sung in every school: the symbolic phrases of Patrizio Bianchi – Orizzonte Scuola Notizie