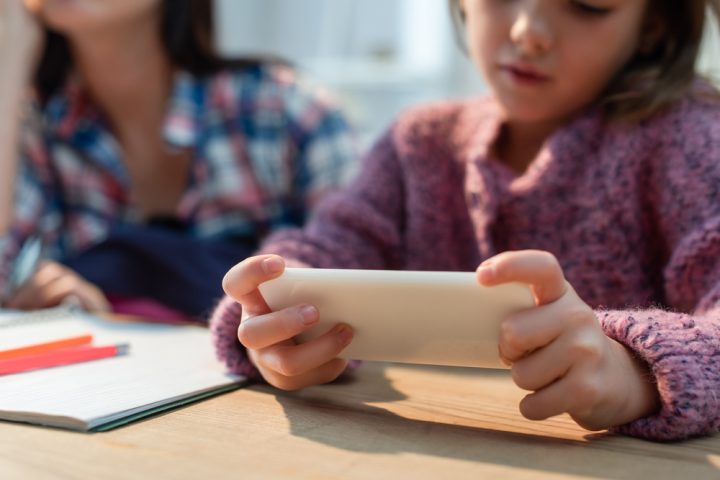 Digital device yes or no… and if we were taking the wrong approach, the starting point on which to base our discussion and reflection? Minister Valditara’s words on the use of digital devices at school have rekindled the debate between those who support this thesis and those who are against it. Paraphrasing Umberto Eco we could say a debate between apocalyptics and integrated. The discussion on the effects of new technological tools on our brains is not new, already in the mid-60s of the last century the Canadian sociologist McLuhan identified in the means of mass communication of the twentieth century, radio, cinema and television, a threat to linear mind. The problem posed by McLuhan went beyond the simple discussion of the level of culture of the media, the crux was the nature of the media and how they would have changed our mind, the way we perceive reality, reason, evaluate, make decisions, solve problems. Today the same happens with new media.

We begin our reflection starting from what is reported in the circular issued a few days ago by the Minister of Education and Merit. The first part provides indications to combat the improper or unauthorized use of digital devices and in this regard a previous circular of 2007 is also referred to. Apart from the fact that more than 15 years have passed since the circular of March 2007, which represent an abyss not only from a technological point of view but also as regards the didactic methodological approach, so much so that the use of blended learning methodologies, or learning with mixed methodologies, is increasingly widespread, but in the circular referred to there is a passage that deserves attention, namely that “the school is a fundamental resource as it assumes the role of place of civil and cultural growth for a full valorisation of the person, reinforcing the existence of an educational community in which children and adults, teachers and parents, are involved in an educational alliance which contributes to identifying not only content and skills to acquire but also objectives and values ​​to be transmitted in order to build together identity, belonging and responsibility. School autonomy contributes to the achievement of these goals, constitutionally recognized which, having overcome the exclusively centralized setting of education and training of the citizen, allows the single school institution to concert, discuss, build agreements, create the space in which families , students, school operators listen to each other, assume commitments and responsibilities, share a path of human and civil growth of the person.”

So the circular referred to, that of Minister Fioroni, actually leads us to reflect on what the real purpose of the school is, that is to educate, where an educating community, parents, teachers and the children themselves, contribute to training for a correct development of the pupils. The aspect linked to education is not a trivial or obvious matter, so much so that Umberto Galimberti goes so far as to say that today’s school does not educate children, but at most it educates them, a substantial difference. Professor Galimberti points out that in educating there is only a transfer of information from the teacher to the learner, while in educating the aim is to make the pupils capable of facing life’s challenges in an aware way and able to know how to manage their own drives. Therefore, if the school must go back to educating, and it must do so by renewing the educational alliance with the families of its pupils, also education in the correct use of new media falls within this scope. It is well known, but not obvious, that an active role of the family is necessary, and parents must once again become teachers’ allies in order to achieve a synergistic educational action.

Let’s go back to the prohibition covered by the circular to ask ourselves whether the use of smartphones in class is actually prohibited. This is not exactly the case, in reality the circular reiterates the ban on the use of cell phones during lessons if they represent an element of distraction, but subsequently allows their use for educational purposes, as reported verbatim: “On the other hand, the use of these devices in the classroom is permitted, as compensatory tools pursuant to current legislation, as well as, in accordance with the Institute Regulations, with the consent of the teacher, for inclusive, educational and training purposes, also within the framework of the Plan National Digital School and the objectives of the so-called “digital citizenship” pursuant to art. 5 Law 25 August 2019, n. ninety two.”

So what’s the problem with having smartphones and tablets at school? It’s the use, the real problem is how these tools are used. Here the discourse relating to educating returns with a straight leg. How do students learn to use smartphones correctly? Can the school renounce its educational role and simply take refuge in an anachronistic prohibition, as if its pupils, during the rest of the day, do not continue to use smartphones? There is currently an educational vacuum towards digital devices for which parents are also co-responsible. Kids generally have a self-taught approach and in a short time they learn to use these devices even better than us adults. But knowing how to use a tool does not mean being able to use it correctly.

The danger of incorrect use of the new media is becoming ever more evident, as also reported in the fact-finding investigation by the Senate referred to in the circular from Minister Valditara. This survey highlights how the misuse of these devices leads to physical and psychological damage, coming to compare effects similar to cocaine. Although this comparison is strong and apt, a clarification needs to be made as the addiction to digital devices, unlike cocaine, falls within the non-substance addictions on a par with pathological gambling, compulsive shopping, addiction to emotional relationships and so on. It is an addiction that obviously involves the dopaminergic system, in a continuous search for pleasure, which the various social media apps manage to solicit very effectively, fueling the phenomenon of craving, or the need to repeatedly act out the addictive behavior. Internet Addiction Disorder is officially recognized by the World Health Organization so much that it is also included in the latest statistical diagnostic manual of mental disorders, the DSM 5.

But if we are aware of the damage caused by these devices, how can we think of leaving alone the kids who don’t have the tools to know how to manage them correctly? Because even the conclusions of the Senate fact-finding survey suggest a ban on smartphone access in the classroom, without however indicating how to educate children to use them correctly.

Perhaps it would be appropriate to start again from the pedagogical principles of the early 1900s, those of Maria Montessori and John Dewey, of pedagogical activism, revisited in a modern key and integrated with the education of emotions. We need to educate the whole person. In addition to training the brain and mental functions, it is important that this development takes place within a body with a strong physical-emotional-intellectual balance. The basics are there, the methodologies too, just think, for example, of the teachings of Professor Lucangeli or Professor Novara. Now we need to put this scientific-pedagogical evidence into practice to create a real education that leads not only to the correct use of digital devices, but to a healthy and correct life both within the school and in the complex society we are living in.

Smartphones: prohibit their abuse, but allow their use. The danger is leaving the kids alone with these tools. Let’s regain possession of the role of the school – Horizon School News

In Nantes, an engineering school wants to invent a greener future
National College and Nicolaíta University sign agreement
The College of Psychologists advances in the opening towards colleagues and the community
Tweet
Share
Share
Pin